It would be an understatement to say that I’m an avid follower of Whit Stillman’s work. I saw “Metropolitan” in the theater when it was released in 1990, and I’m still somewhat obsessed with it. (I even used to have a Tumblr-homage to this film.) I’m also a fan of “Barcelona” and “The Last Days of Disco.”

So, I was happy to note, while leafing through an issue of New York magazine in a doctor’s waiting-room, that Stillman will be collaborating with “Disco” star Chloe Sevigny on a new series called “The Cosmopolitans.” Well, according to the article, it’s “an Amazon Studios pilot debuting August 28 that might become a series.” I’m sure I’ll be tuning in and hoping for more.

You can read the New York interview with Stillman and Sevigny here.

I also just found this article, with a preview video clip, from Vanity Fair.

Image: Chloe Sevigny in “The Last Days of Disco,” via IMDB. 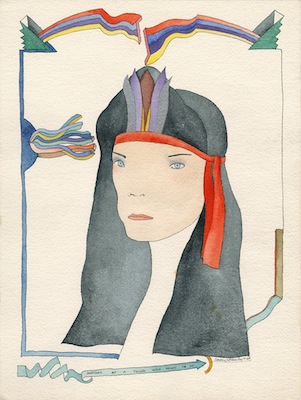 Just this past fall, my friend Angie introduced me to the artist Barbara Nessim. Angie and Barbara became friends through their years of working together, and Angie thought that I would enjoy meeting Barbara and having the chance to speak with her in person about her art, which was recently shown in a retrospective exhibition at the Victoria and Albert Museum. She was right!

Huffington Post has just interviewed Barbara about her career as an illustrator, the “feminine” qualities of her art, and her friendship with Gloria Steinem, among other topics. You can read the interview (and see a few examples of her work) here.

As you may already know, I’m a longtime admirer of Poppy King and her work in cosmetics, from the original Poppy line to Lipstick Queen to her collaborations with other brands. I also admire her personal style and her knowledge of vintage fashion and beauty products.

Beyond the Row has just posted a beautifully photographed essay on Poppy’s style beliefs, her living space, and her collections of precious vintage items. You can read it here. 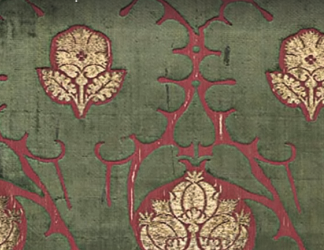 One sure sign that it’s the end of summer: The New York Times Style Magazine, which is always printed on the last Sunday in August.

Velvet is apparently making a come-back in fashion—did it ever really go away?—and the magazine features a cultural history of the fabric, compiled by Carolina Irving, Charlotte di Carcaci, and Miguel Flores-Vianna. It ranges from fashion history to film to art, so it’s right up my alley. You can view this feature here. (There’s also a video, which I found less interesting.)

The Wall Street Journal has just published an article about C. O. Bigelow, “the oldest apothecary in America,” in honor of its 175 years in business. The article gives an enjoyable overview of Bigelow’s history, including this line:

Civil War generals frequented the shop, according to old ledgers, and store records from 1905 show Samuel Clemens, aka Mark Twain, strolled the aisles alongside Clarisse Coudert, aka Mrs. Condé Nast.

You can read it here (at least, until some paywall shuts us out).