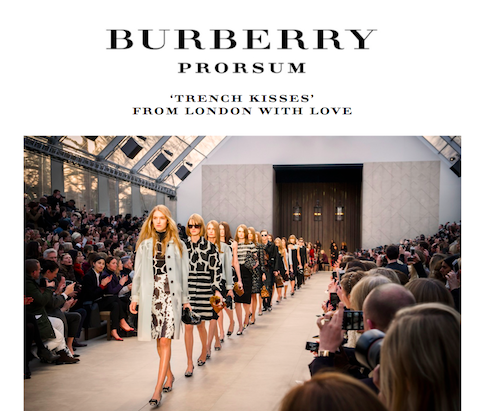 I’ve been sick with the flu for the past four days, so I’m a bit bleary-eyed. But I’m finally wading through the accumulated e-mails in my inbox, and I just came across a press release from Burberry that made me think I was still slightly feverish. Apparently the new Autumn-Winter 2013 collection from Burberry Prorsum (the really, really expensive Burberry line) is called “Trench Kisses.”

Obviously, that’s a play on the brand’s classic trench-coat and French kisses. (So witty! so “cheeky”! so British! so. . . yawn.) And, if you didn’t know, Christine Keeler was a high-end stripper and glorified call girl who played a central part in the “Profumo Affair” that brought down England’s Conservative government in the early 1960s. (She was sleeping with British officials as well as Soviet agents.) Admirable. 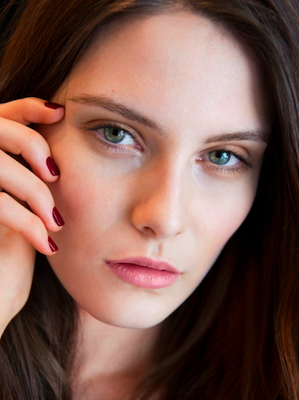 Perhaps I’m being a bit too harsh on poor little Burberry. Let’s talk about makeup! We’re also being treated to a Trench Kisses cosmetics collection, with new colors for eyes, nails, face, and yes—lips.

Unfortunately, the word “trench,” especially in proximity to “lips” and “kisses,”  makes me think of “trench mouth.” The Mayo Clinic defines this ailment as “a severe form of gingivitis that causes painful, infected, bleeding gums and ulcerations. . . Trench mouth earned its nickname because of its prevalence among soldiers who were stuck in the trenches during World War I without the means to take care of their teeth properly.”

I can’t wait to order some new products for spring!!

All images via Burberry press release.

Irritability and irony courtesy of the flu.