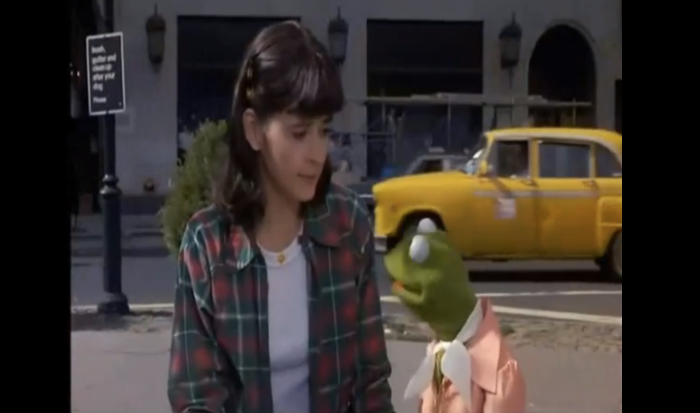 My husband and I recently re-watched “The Muppets Take Manhattan” (1984). Neither of us had seen it in years and years, but we both found it as entertaining as we remembered, even if we were watching it through slightly different eyes. I got one of my biggest laughs from the sequence that begins with Kermit the Frog chatting with his friend Jenny, a waitress who’s an aspiring costume designer (such a New York occupation/aspiration!). As a child, I wouldn’t have been too concerned with the actual location of their conversation… 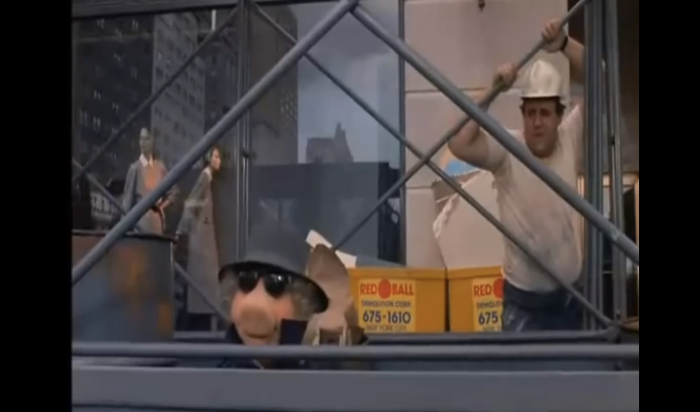 The “adult me,” of course, immediately recognized the setting as Grand Army Plaza, with Bergdorf Goodman in the background. When we move closer to the Bergdorf building, we see Miss Piggy keeping a sharp (and incognito) eye on “her frog.” The Bergdorf window is displaying some rather sensible gray dresses, and the cat-calling construction worker is all too realistic. 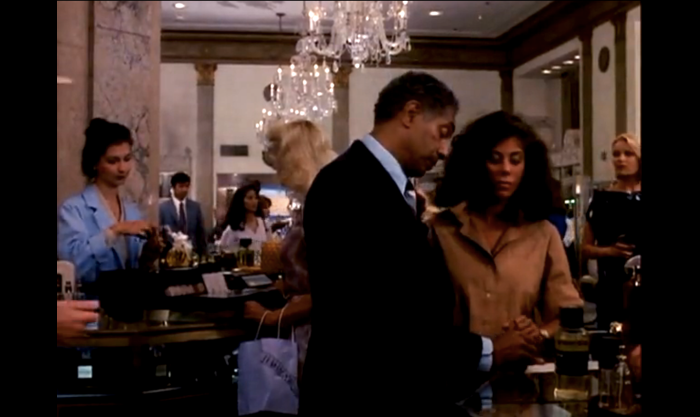 When we cut to an interior shot, we see Bergdorf’s main floor. I remember when that floor was the beauty level—cosmetics and perfume didn’t move down into the basement until late in the 1990s. I can spot a big bottle of Nina Ricci L’Air du Temps next to the sales associate in the light blue jacket! And the customer is carrying a purple Bergdorf Goodman shopping bag. 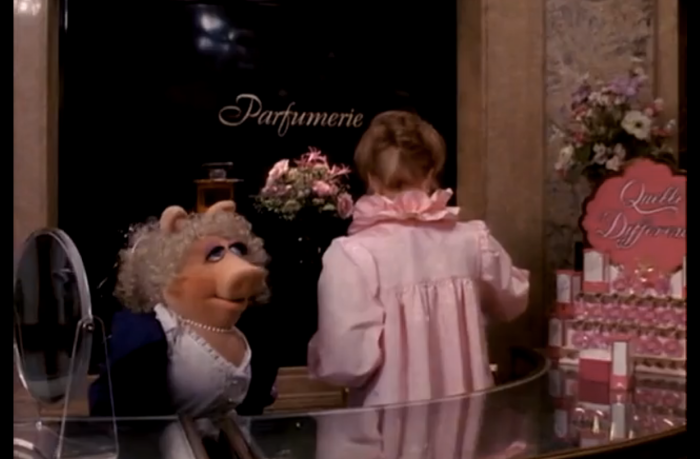 Things just keep getting better and better: Piggy is working at Bergdorf, in the fragrance department! She’s supposed to be hawking a fragrance called
Quelle Différence. Unfortunately, due to Kermit’s apparent dalliance, she’s having a hard time concentrating:

“Get your Quelle Différence! It’s French! It’s feminine! It’ll help you grab one of those rotten, stinkin’ men!” 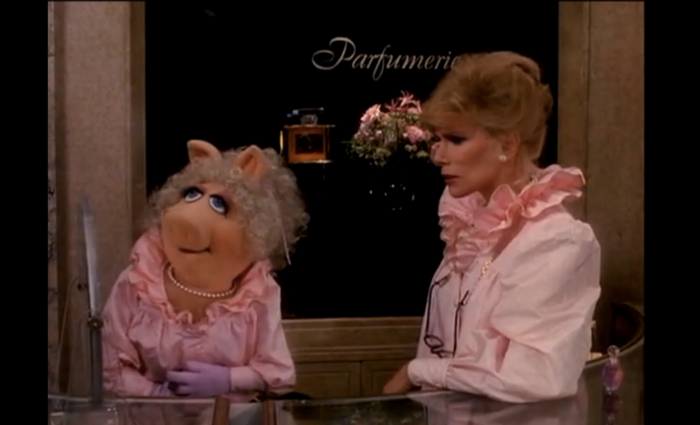 Good thing her co-worker is none other than…Joan Rivers. Joan hears her out, responds, “Kermit, Shermit,” and then cheers her up with a makeover, including lipstick, blush, brow pencil (“Pigs don’t have eyebrows,” protests Piggy), and drawn-on freckles. 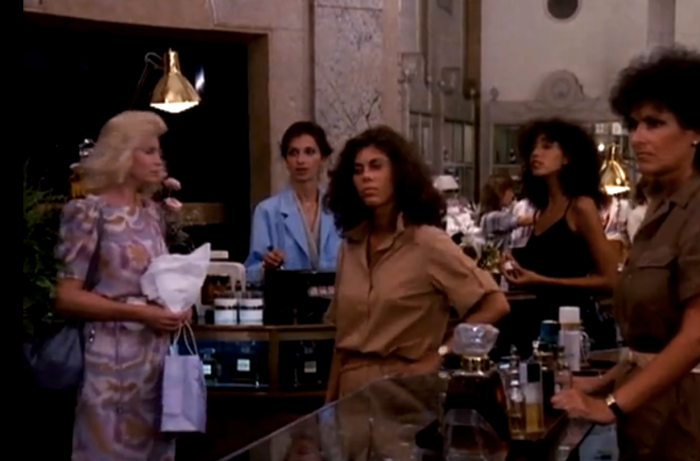 Unfortunately, the Bergdorf staff and shoppers don’t appreciate Joan’s sense of humor as much as Miss Piggy does. Another view of the testers at the perfume counter (is that some Oscar de la Renta?), plus some excellent early-80s hair and shoulder-pads! 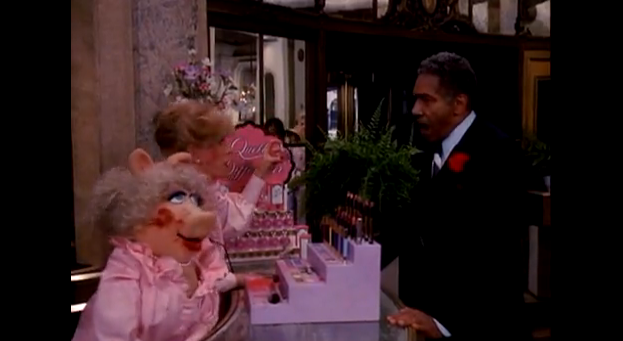 And…that’s the end of Miss Piggy’s career at Bergdorf Goodman. I hope she managed to grab some free samples on the way out.