My friend T. just sent me a link to an article about the latest development in LUSH’s lawsuit against Amazon UK. It hinges on Amazon’s refusal to stop selling products by a company called Bomb Cosmetics. The products themselves are complete rip-offs of LUSH products. See for yourself: 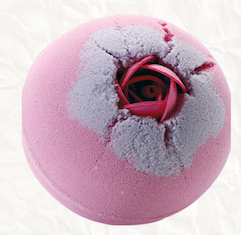 I hope that LUSH is suing Bomb Cosmetics directly, as well.

The problem with Amazon, apparently, is that Amazon is making these cheap copies searchable by the word “lush,” so that anyone looking for LUSH products on Amazon UK (where they are *not* distributed) will end up browsing these things instead.

LUSH seems to be winning the legal battle, and they’re marking their victory with a line of products named after Amazon UK’s managing director, Christopher North. That’s one way to give him a taste of his own medicine…

You can read about this trademark infringement battle in The Independent and The Guardian…and the story is getting picked up by many other media outlets!