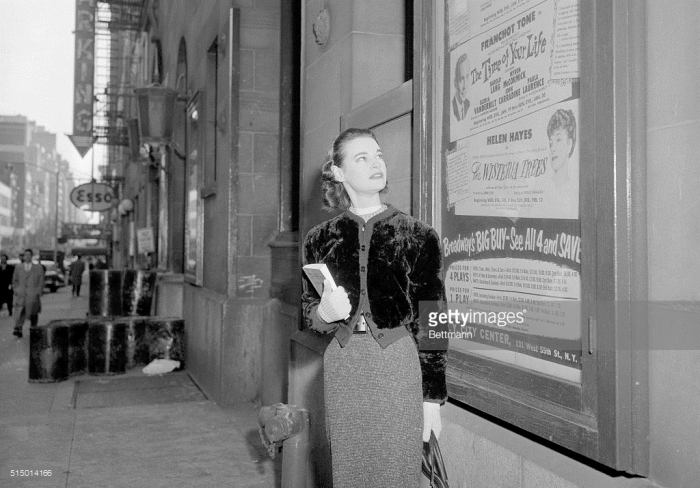 In 1955, Gloria Vanderbilt was not only an internationally famous heiress, but also an aspiring actress. She was appearing in a very brief revival of William Saroyan’s play The Time of Your Life at the City Center theater on 55th Street — not quite Broadway, but still midtown Manhattan. 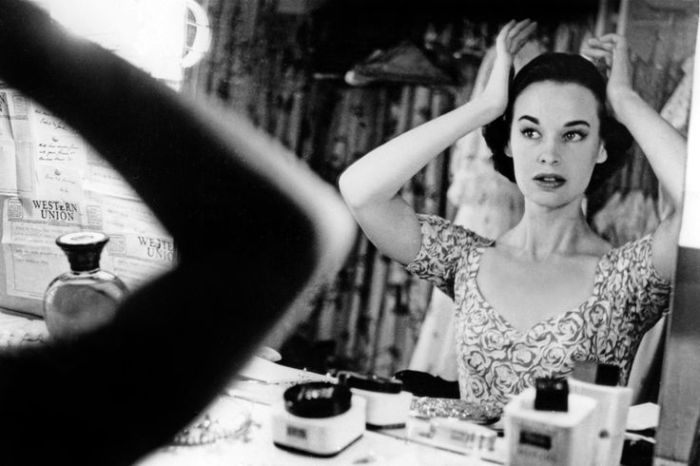 Here’s a photo of Vanderbilt, dated 1955, that must have been taken during the run of the show. Vanderbilt is checking her hair and makeup at a no-frills dressing table, in a mirror flanked by pinned-up handwritten notes and telegrams. The table is stocked with several Erno Laszlo skincare products and — behind her arm — a simply enormous bottle of Rochas Femme.

Gloria Vanderbilt’s Vanderbilt perfume was one of the first fragrances I ever owned, probably a gift from my grandmother. I loved its lavender packaging and its sweet floral scent. Somehow I never wondered until now what “GV”‘s own perfume preferences might have been.

Femme was already a classic in the 1950s, and it still smelled great until it was reformulated in 1989. I hope Vanderbilt had a few extra bottles on reserve, if she was still wearing it then.