I passed the Hermès flagship boutique on Madison Avenue one day last week and paused to take this photograph. I wasn’t impressed by the overall window display—I don’t really understand the connection between the stacks of books, the geological print on the seated mannequin’s dress, and the arrow—but I recognized the small sculpture perched on one of the teetering book piles. 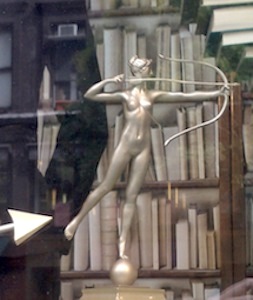 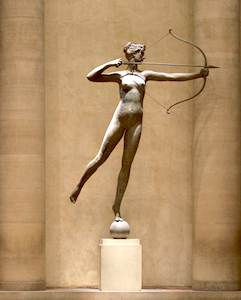 It’s a much smaller-than-life reproduction of Diana by Augustus Saint-Gaudens, a thirteen-foot, gilded sculpture of the goddess of the hunt that was designed to rotate atop the second Madison Square Garden. That building was demolished in 1925, and Diana now presides over the grand entrance hall of the Philadelphia Museum of Art. 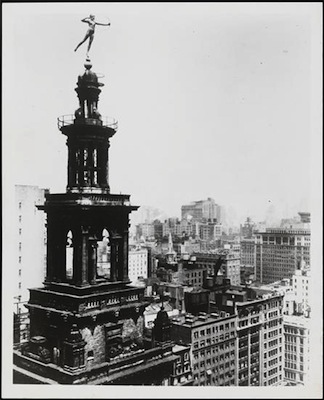 This is how she looked in her original location.

I don’t know where Hermès found its table-top reproduction of Diana (museums have sold them in the past), or how it ties into the overall theme of this window (something to do with archery?), but I enjoyed spotting it there.

5 thoughts on “On the Street: Hermes on Madison Avenue”