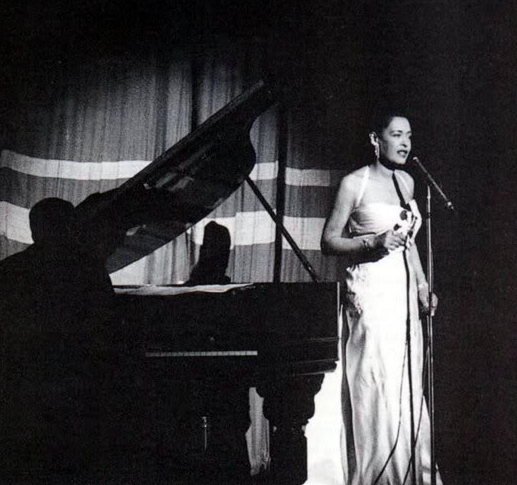 Today is the centennial of Billie Holiday’s birth. Holiday is one of my favorite vocal artists; I’ve been listening to her recordings for over twenty years, and I never tire of them…

I think my curiosity about Lady Day was originally piqued when I first read this poem, “The Day Lady Died,” written by Frank O’Hara (1964):

It is 12:20 in New York a Friday
three days after Bastille day, yes
it is 1959 and I go get a shoeshine
because I will get off the 4:19 in Easthampton
at 7:15 and then go straight to dinner
and I don’t know the people who will feed me

I go on to the bank
and Miss Stillwagon (first name Linda I once heard)
doesn’t even look up my balance for once in her life
and in the GOLDEN GRIFFIN I get a little Verlaine
for Patsy with drawings by Bonnard although I do
think of Hesiod, trans. Richmond Lattimore or
Brendan Behan’s new play or Le Balcon or Les Nègres
of Genet, but I don’t, I stick with Verlaine
after practically going to sleep with quandariness

and for Mike I just stroll into the PARK LANE
Liquor Store and ask for a bottle of Strega and
then I go back where I came from to 6th Avenue
and the tobacconist in the Ziegfeld Theatre and
casually ask for a carton of Gauloises and a carton
of Picayunes, and a NEW YORK POST with her face on it 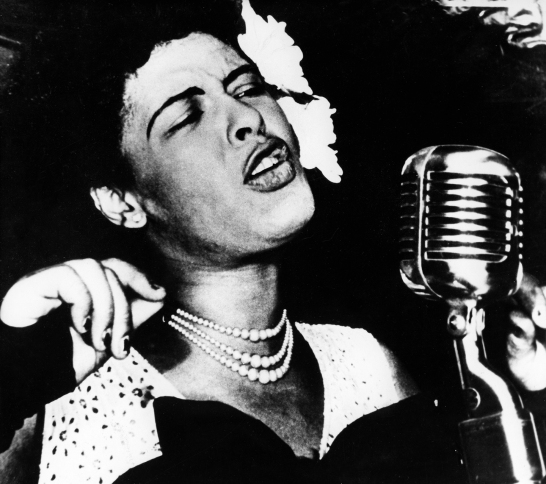 Billie Holiday’s burned voice
had as many shadows as lights,
a mournful candelabra against a sleek piano,

the gardenia her signature under that ruined face.

(Now you’re cooking, drummer to bass,
magic spoon, magic needle.
Take all day if you have to
with your mirror and your bracelet of song.)

Fact is, the invention of women under siege


has been to sharpen love in the service of myth.
If you can’t be free, be a mystery.

To quote Billie herself, from her memoir Lady Sings the Blues:

Everyone’s got to be different. You can’t copy anybody and end up with anything. If you copy, it means you’re working without any real feeling. And without feeling, whatever you do amounts to nothing.

Somebody once said we never know what is enough until we know what’s more than enough.

I’ve been told that nobody sings the word “hunger” like I do. Or the word “love.”

I have too many favorite recordings to list, but here’s just one: Billie Holiday singing “Everything I Have Is Yours.”