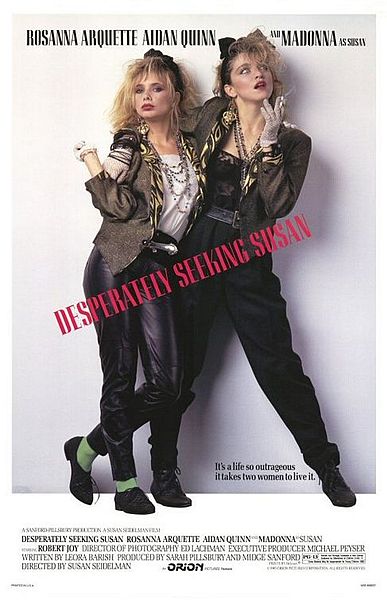 I almost had to get out a pen and paper to confirm that number—THIRTY? really? I didn’t see it when it was released in the theater, but I rented it a couple of years later (VHS tape!) and it’s still one of my favorite romantic comedies. Actually, it might even be one of my “top 25” movies, if I were making such a list…

If you were a young woman living in New York in the late 1980s, even if (hypothetically) you lived a generally quiet life and you didn’t smoke or drink or even cut class, you could still experience moments of “Susan”—you could wear lace leggings and thrift-store jewelry while stumbling upon the very same locations that Rosanna and Madonna had visited in this movie.

Part of the bittersweet pleasure of re-watching “Desperately Seeking Susan” every few years (for three decades?!) is realizing that many of those places and experiences no longer exist. 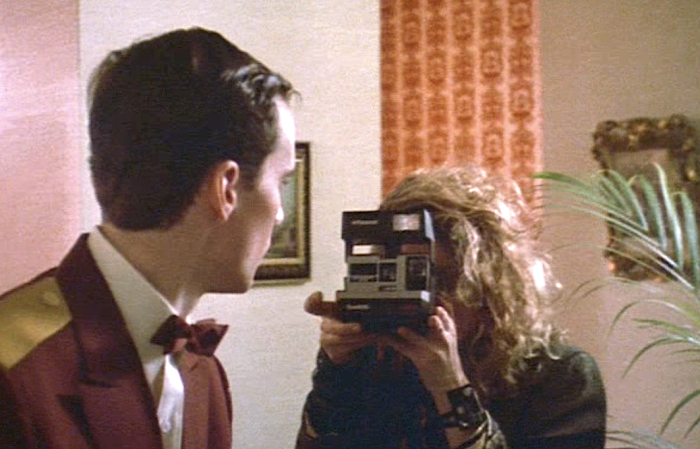 Polaroid cameras. Once upon a time, if you recall, all cameras required film, which had to be dropped off at a store for developing and then picked up a few days later. The only glorious exception: Polaroids. Press the button, wait for the picture to pop out, shake it, wait for the image to emerge. Magic.

Personal ads. Speaking of changing technology: as much as I love the internet, I really do miss local print newspapers and the silly, strange, and occasionally shocking personal ads that appeared in their back pages.

Love Saves the Day. Susan (Madonna!) traded her jacket for a pair of studded boots here, and it was a real-life store that looked almost exactly the same in person. I made many, many pilgrimages to this vintage-and-kitsch boutique at 2nd Avenue and 7th Street. It closed in 2009, a victim of gentrification and the recession. The building burned down just a few days ago in a terrible gas explosion and fire.

St. Mark’s Place. Yes, the East Village still exists, but it’s been overtaken by NYU dorms, nail salons, and chain stores. St. Mark’s is no longer the wonderful and wacky bazaar that it once was. Bonus: this street vendor was played by Giancarlo Esposito, now better-known as Gus Fring of “Breaking Bad.” 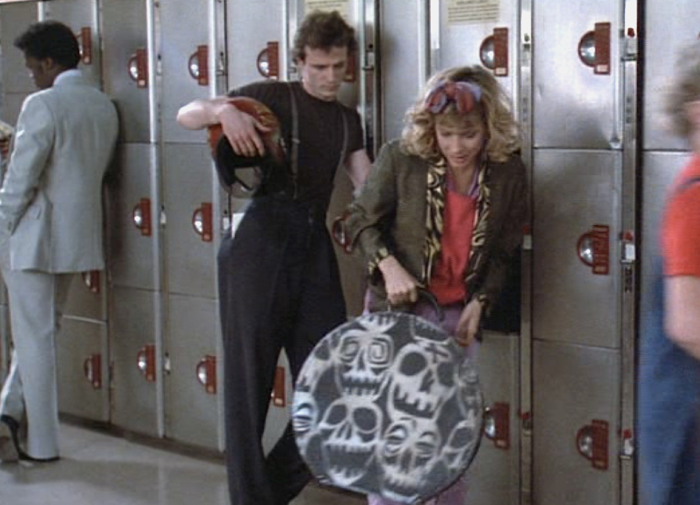 Port Authority lockers. I used to watch this scene closely because I was impressed by the cool functionality of using a spray-painted drum case as personal luggage. Now I’m just amazed to think that Port Authority ever had rental lockers. Can you imagine what people used to put in those things?

Big, affordable Manhattan apartments. Des (Aidan Quinn) barely holds down a day-job as a projectionist at a downtown movie theater, yet he’s able to afford a huge, if somewhat run-down, loft space. “You know… you could do a lot with this place,” Roberta (Rosanna Arquette) naively says. “There’s a lot of light.” 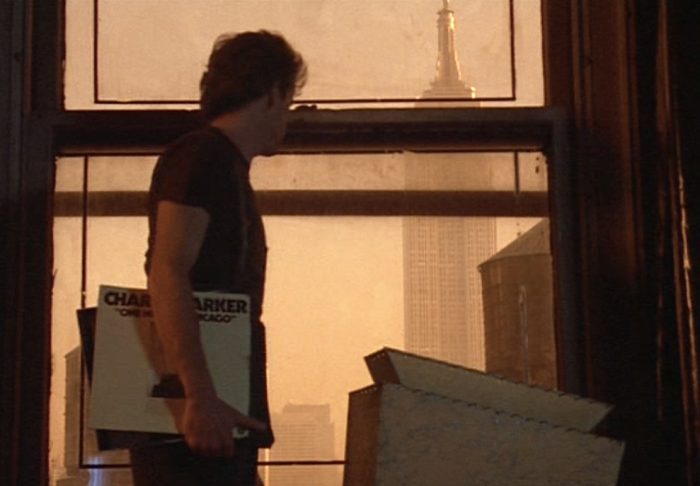 With a view. Let’s just check out the view from that rambling loft, shall we? (Footnote: this scene prompted my initial interest in Charlie Parker’s music. I had to know what it sounded like. Also: vinyl records!)

Danceteria. I was born just a little too late to take advantage of the nightlife offered by clubs like Danceteria (and the Mudd Club, and Area…). I’ll never overcome this disappointment. Oh, and take a look at the Goth guys in the background. I wonder where they are now.

[I don’t have anything specific to say about this image. I just thought the sight of Aidan Quinn with a cat might cheer us up a bit.]

Independent movie theaters. Several scenes take place at the Bleecker Street Cinema, where Des works and where Susan and Jim watch a movie together at the end of the story. Seeing this movie for the first time, I hoped I’d someday have similar dates. Unfortunately, NYC’s funky little movie houses started to close before the 80s even ended.

Madonna. Last but not least, the lady herself. I miss Madonna as she was back then. I know, I know—we’ve all changed over the past thirty (!!) years, each in our own way. I just wish she hadn’t changed so much in the same way as St. Mark’s Place, and Manhattan in general.

Here’s the original trailer for “Desperately Seeking Susan,” which gives glimpses of other NYC backgrounds as well as downtown legends Richard Hell and Ann Magnuson.

“Desperately Seeking Susan” was directed by Susan Seidelman and written by Leora Barish.

Bonus shot. The restrooms at Port Authority haven’t changed too much, and I think of this moment every single time I use them.