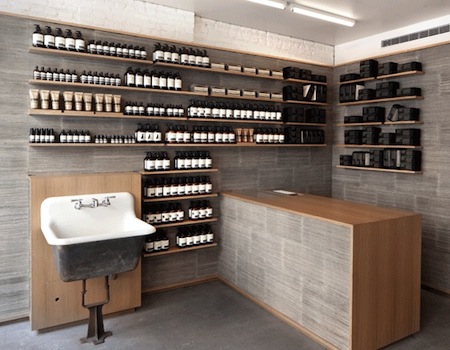 I recently wrote about my new-found liking for Aesop’s skincare, particularly its Fabulous Face Oil. One of the many nice things about Aesop is the company’s sample policy: I’ve received several thoughtfully recommended samples of other products every time I’ve made a purchase. I’ve recently been trying out Aesop’s Purifying Facial Cream Cleanser, and once again, I’m impressed. 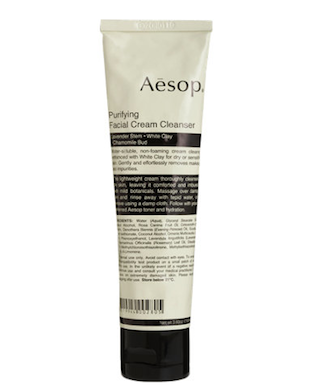 Purifying Facial Cream Cleanser is a gentle but effective non-foaming cleanser. I’ve been using it in the morning on days when I need a little something more than my usual rosewater spritzing. I work a small amount into my skin, let it sit for about fifteen seconds, and rinse it away thoroughly. My face ends up feeling clean and soft but not at all stripped or tight.

This product contains a few beneficial botanicals that make it lightly astringent (lavender and rosemary oils) and soothing (rosehip oil and chamomile) at the same time. Another key deep-cleansing ingredient is kaolin clay. The cream has an herbal scent from the lavender and rosemary. And, one more selling point for me, it’s packaged in a handy flip-top tube.

I don’t think this cleanser would remove makeup (especially foundation) very well on its own, and it might not be powerful enough for an oily complexion, but for morning use on my dehydrated combination skin, it’s just right.

As with many Aesop products, Purifying Facial Cream Cleanser isn’t cheap ($39 for 3.4 oz.), but it’s not as ridiculously marked-up as many other natural skincare lines, and it works so well and requires so little product per usage that I’m not too annoyed by the price. I’m considering buying a full-sized tube for the summer.